Cart
Now reading: What Should You Know about the Mud Flats?
Share
PrevNext
What you should know about Anchorage Mud Flats And Coastal Trails:
The mud flats leading to Knik Arm, a portion of the Cook Inlet, lie just a block west of downtown Anchorage. Depending on who you ask, urban legend has it that a woman became stuck and a helicopter came to pull her out and ripped her body in half.

Of course, it isn't true, but if you ask someone in Anchorage about the mud flats, they will tell you that story. The true story can be read here: https://akfatal.net/Dickison.htm The mudflats of Cook Inlet, Knik Arm, and Turnagain Arm are glacier silt, which is the result of glaciers rubbing against rock gradually degrading and disintegrating over time, culminating in a thick layer of very fine material called silt.

Part of Anchorage is built on glacial silt, and the 1964 Good Friday earthquake (9.4 on the Richter scale, lasting 4 minutes) caused far more damage because of this. 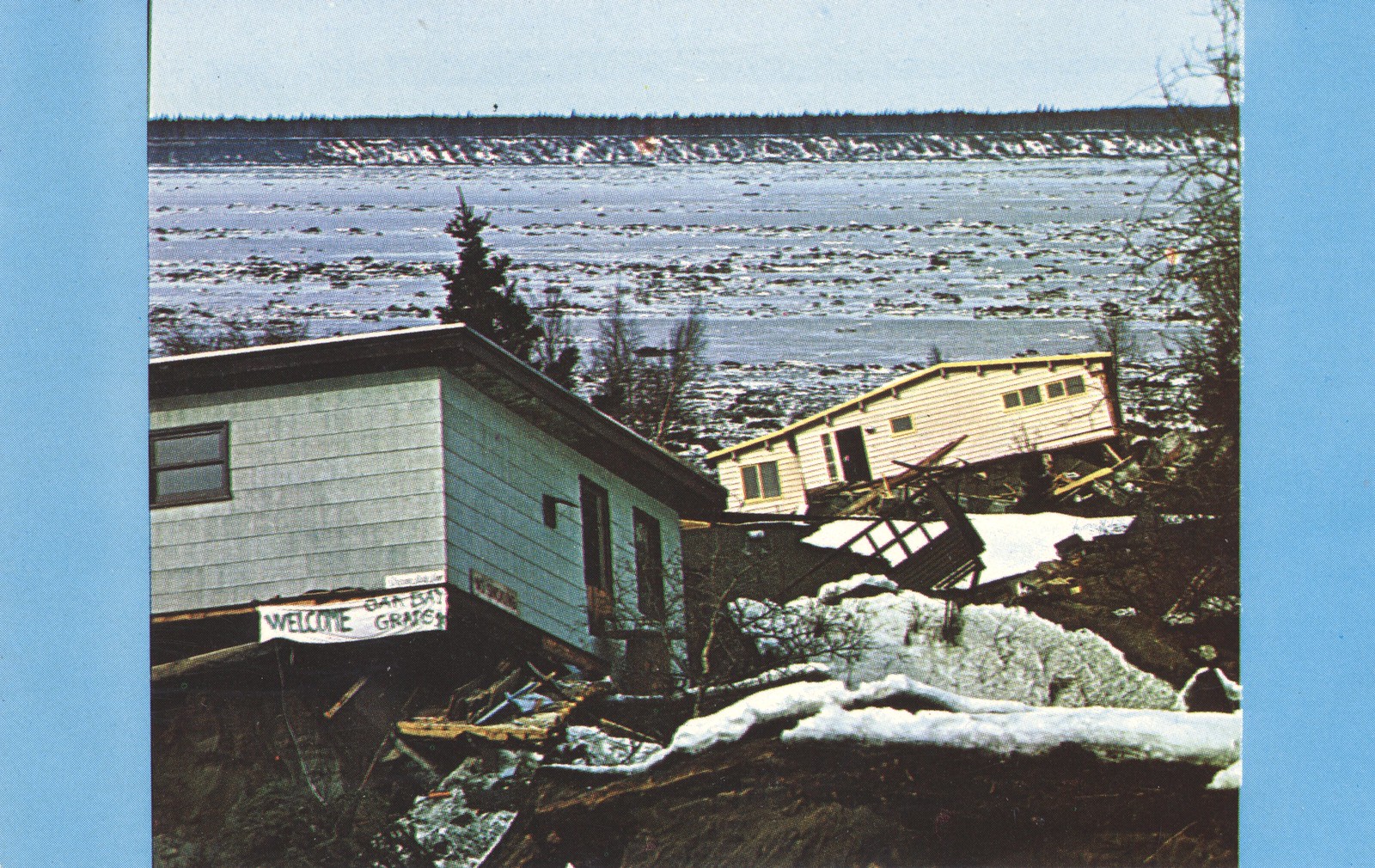 Microscopically, the silt particles are laid down in a delicate, loosely oriented pattern by waters that carry them into the inlet. When disturbed by your foot, these particles resettle into a more tightly packed arrangement, making extraction much more difficult.

These super-saturated particles, called glacial flour, are ground up by glaciers and carried by streams into the inlet. That’s what gives the waters of many Alaska streams their muddy gray appearance. The mudflats are deadly. People have found themselves walking on solid ground one minute and mired in mud the next, just like quicksand (in fact, they are exactly like quicksand).

Couple the fact that you can find yourself stuck in the mud with some of the highest tides in the world, and this can become a deadly combination very quickly.  Though its been nearly a decade since someone has drowned in this manner by being stuck in the mud-flats, this risk is very real anytime someone decides to try their hand at 'risking it'. It’s very tempting when you see the miles and miles of mudflats that appear at low tide to spend some time walking along them, enjoying the isolation and solitude of the Alaskan shore. This is an especially common temptation near Anchorage’s Kincaid Beach, a large sandy beach where people often have bonfires and picnics. The beach is located right next to miles’ worth of smooth mudflats.

Moral of the story : mudflats are best viewed from a safe distance.
Text originally from Amy Clark Cuaresma Glacier Hiking - Where To Go?!